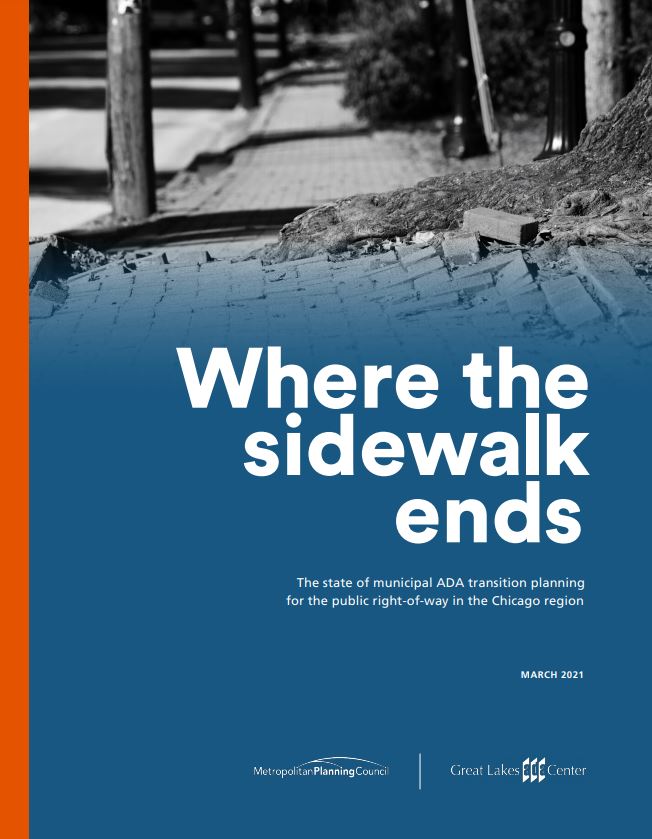 In an assessment of the status and quality of ADA transition plans for the public right-of-way in the Chicago area. The Metropolitan Planning Council (MPC) and the Great Lakes ADA Center at the University of Illinois at Chicago worked with students in its urban studies program to analyze the presence and quality of ADA transition plans in the Chicago region.

What was found is surprising given the Americans with Disability Act just entered its third decade as a legal requirement:

Among those 22 communities, none of the plans satisfied all of the five required plan elements.

Common weaknesses included a poor public engagement process and few details on how the plans would be implemented.

Of the 200 municipalities, only 42% were responsive to the students’ multiple inquiries.

To review the complete study please“Where the Sidewalk Ends” at: https://bit.ly/32WObRZ