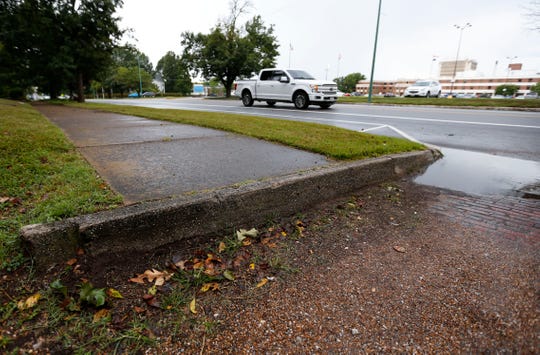 Ensuring sidewalks and curbs ramps are in compliance with ADA standards is good practice, and not just because it is the law. Gentle slopes, well defined landings and wide smooth pathways are all convenient for the able user, but they are essential elements for people with disabilities.  While much work has been done across the nation, many municipalities are discovering that large portions of their public right-of-ways are not in compliance with ADA.

The City of Springfield, Missouri, is no exception. “Starting in December 2017, the city conducted an eight-month survey of sidewalk and curb condition and compliance that showed just 40 percent of sidewalks were in the goal range of “good” or “very good” condition. The rest were “fair,” “marginal,” “poor” or, in 8 percent of cases, “very poor.”  Nearly 10,300 curb ramps were included in the survey as well with similar results. Now that the City understands is problem areas, it’s planning to fix them. Over the next 17 years, the City of Springfield will invest $30 million to fix its curb ramps and sidewalks.

For many municipalities, fixing public right-of-way barriers seems like an arduous task, but working to identify barriers is a critical first step to understanding where their needs are and integrating them into existing capital improvement projects.